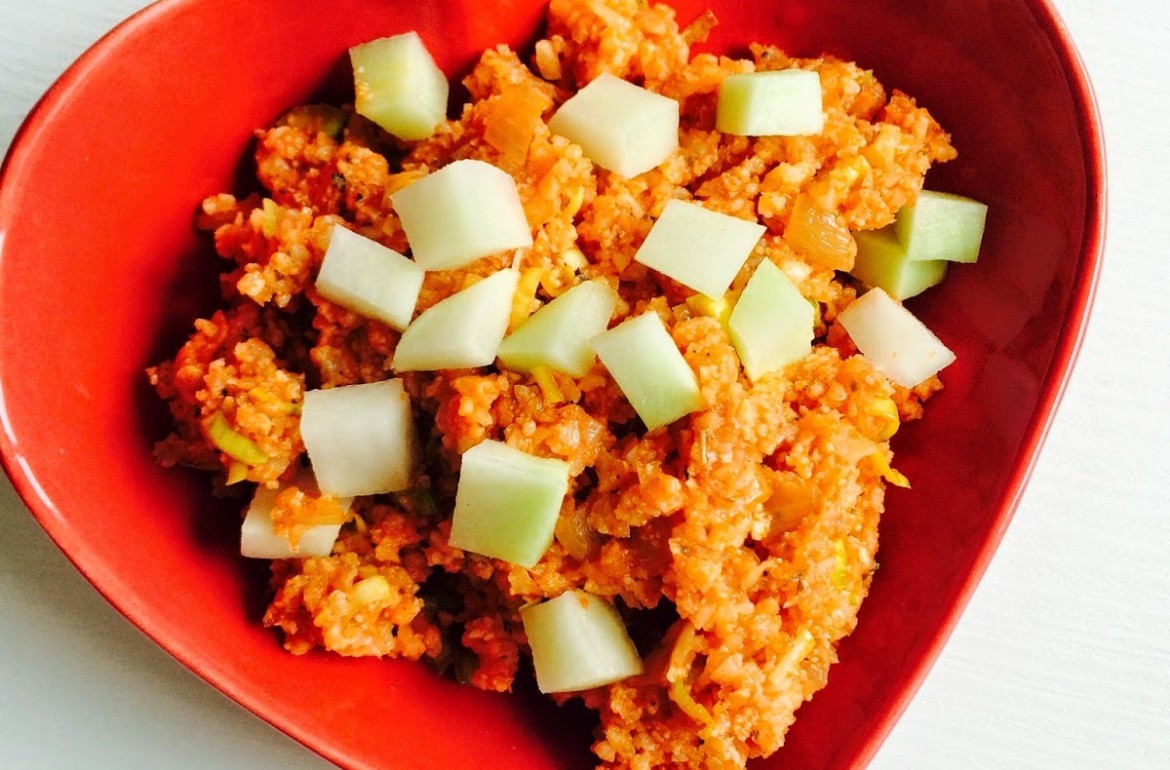 Cauliflower tabbouleh is very popular amongst Paleo, Dukan and Karatay diet followers…Never even heard of it ? It’s a shame. I too hadn’t even tried it till now. Which was a huge mistake because as of today, I’ll be buying a cauliflower instead of fine bulgur when I’m making it.

Actually the story of the recipe is very long. It starts with my husband buying phyllo doughs. He said he was yearning for a potato filled borek. So I thought “I haven’t made him borek for a while, we can afford a little mischief.”.

We were also having guests for dinner, so I would be hitting two birds with one stone. Anyway, I boiled the potatoes, mashed them and accidentally knocked over a jar of cinnamon inside.

Then I tried to clean up but half the potatoes were ruined. And I didn’t have time to buy and boil new potatoes.  So I added lots of red pepper and dried mint in it to hide the taste of cinnamon. Then my hand slipped and i knocked over the black pepper jar inside.

“Damn. I should now also cook some Turkish tabbouleh.”  Because I had now made sure the börek wasn’t going to be enough.

So in the end, the house smelled wonderful and there was a huge plate of Turkish tabbouleh on the table. What do you think Bade did ? She wanted some, of course.

While everyone ate their hot spicy boreks with teary eyes and swallowed their tabbouleh, I had to give her some.

I thought she might not want to eat the borek after the first bite because it was so damn spicy – but then my poor child kept eating it even tough her tongue was burned and then actually attacked the tabbouleh on her plate, so we lost our appetite.

I was in tears. We swore not to cook that kind of stuff at home again. It was the first and the last time.

Both tabbouleh and borek were very heavy for Bade and of course they made her sugar jump high during the night and I had to give her a bolus.

But was it possible to not cook these? Was there a healthier way of cookin Bade the tabbouleh she liked so much ?

Yesterday I cooked the cauliflower tabbouleh my own way. When I tried it, I realized this one was much tastier than the other, that unique cauliflower smell was not even there.

I gave Bade a big plate. She ate it all up happily during lunch and didn’t even realize what it really was. Her blood sugar before dinner was actually 80 mg

When my husband arrived I gave him one spoonful – he has such a strong sense of taste- but he didn’t realize the difference and actually asked me -with accusation -why did I even make it.

I burst out laughing and told him what it actually was and he couldn’t believe it. As a result, I took care of the tabbouleh problem, and I will take care of borek problem asap. 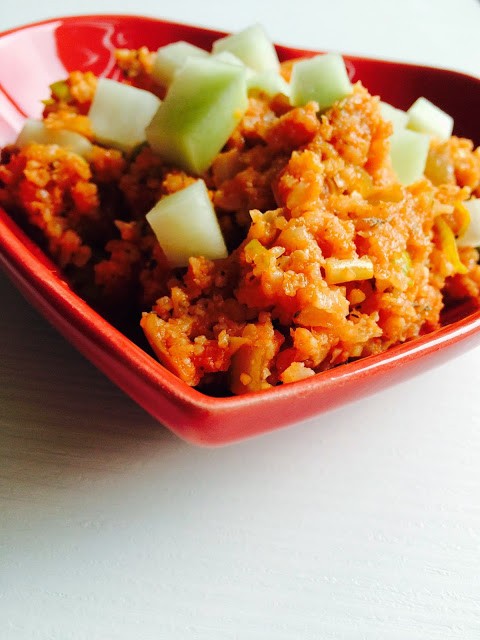